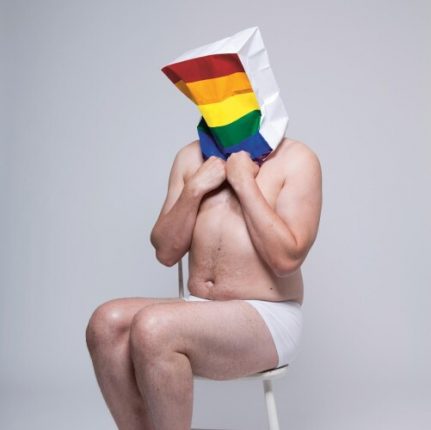 The feelings that arise from being forced to conceal your sexuality are a theme of McKenzie’s audio work Shame Chorus (2017). The artist refers to American writer Brene´ Brown who says that shame: “needs three things to grow… secrecy, silence and judgment”. These ideas of shame and secrecy resonate with issues that affected Robert Indiana’s own life.

Shame Chorus began with a desire to draw attention to high rates of depression and suicide in the LGBTQIA+ community. McKenzie worked with psychoanalyst Dr Susie Orbach, who interviewed members of the London Gay Men’s Chorus about coming out, and the effect this had on their mental health. He wanted to give voice to their stories and worked with leading musicians and composers to set these very personal narratives to music. The choir then performed these songs communally. This act transformed once lonely experiences through the cathartic act of singing. McKenzie says: “shame perpetuates silence.

Shame Chorus comes from a need to tackle this silence head on, to empower and start a conversation about the difficulties we face and turn them into meaningful discussion and inspirational artistic experiences”.

Shame Chorus is available through the Bloomberg Connects Digtial Guide or listen in the Underground Gallery project space as part of Robert Indiana: Sculpture 1958–2018.