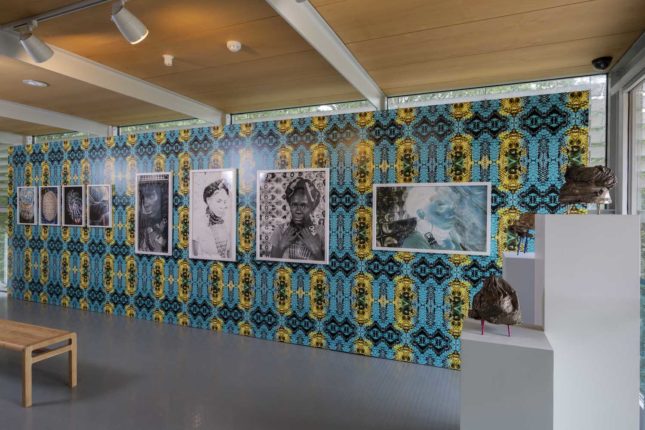 "YSP allows for certain freedoms of interpretation. The outdoor space in particular allows artworks to be viewed in a non-prejudicial environment and enables the artwork to respond to its environment without interference. I think for me that is probably about acceptance, the acceptance of difference.”

Kedisha Coakley's work inspires important and timely dialogues, and encourages viewers to reconsider social-historical narratives. By exploring ideas of home, memory, class, status and cultural affiliations, she attempts to create inclusive and recognisable spaces – a familiar place of ownership and truth, transparency, opacity, belonging and hypervisibility for all. Her work challenges stereotypes and often examines Afro Caribbean hair and its place in the lives of black women. Motifs and patterns of braided hair feature in her sculptures and mural wallpapers, and attempt to interrupt Western representation and connections with colonial histories.

YSP supports artists to develop their practice at every stage of their career. Coakley is an artist who recently completed her BA in Fine Art at Sheffield Hallam University. In 2020 she was the recipient of YSP’s Yorkshire Graduate Award, a residency that is awarded each year to a graduating student to help them reflect and move forward.

This exhibition is Coakley’s first public gallery show and provides the artist with the opportunity to increase the ambition of her practice and test new ideas. During her current residency at YSP, Coakley is developing work that further encourages reconsiderations of the social and historical narratives bound up with objects of different cultures. She is using the historic Bretton Estate and the work of Henry Moore as starting points from which to make new sculpture.

The exhibition features the new work developed onsite, alongside existing works from her Ritual series, a collection of sculpture that draws from personal experiences and examines the ritualistic-like routine to preserve and maintain her own hair.

Other works featured include photographs taken from The Right to Opacity series, displayed against the artist’s bold, mural-wallpapers developed from collagraph printed braided synthetic hair. Coakley has increasingly become interested in the development and popularity of wallpapers during the British Empire between the 18th and 20th centuries. She explores histories of familiar patterns and brings focus on how some of these symbols have been re-appropriated for darker purposes in colonial history, such as the Fleurs de-Lis used as a mark of supremacy in the punishment of branding. Coakley reclaims and brings together symbols in a modern context with Adinkra Ghanaian symbols which represent freedom, hope and endurance.