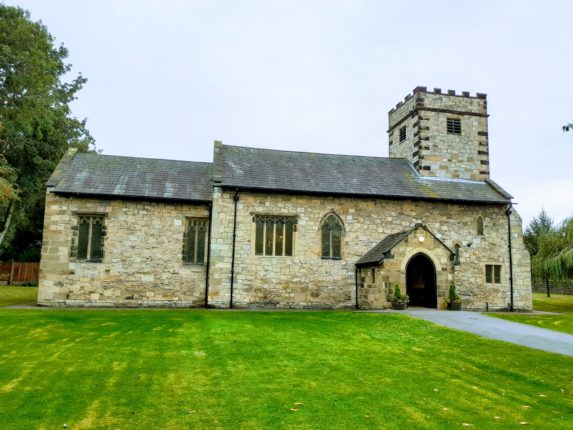 Visit this beautiful church, of Norman origin, which was moved to its present site 1951-1953. The Domesday Book records the existence of a church at Water Fryston.

St Andrew’s church was originally sited in a part of the village that was liable to flooding in winter. After the Second World War it was decided to relocate the church to a more central position, resulting in 800 years of history being preserved.

In September 1953 the church, one of the last few in England to be moved virtually stone by stone, was officially opened by the Bishop of Wakefield on its present location.

The font is located below the belfry and dates possibly from the 12th century. To the right of the font is a Norman stairway that leads to organ loft.

Looking from the baptistery there is an excellent view of the early 14th century chancel arch which frames, as it were, the high altar.

The church has two bells, both dating from 1663. They were recast when the church was moved in 1953.