The Haunting of Blaine Manor 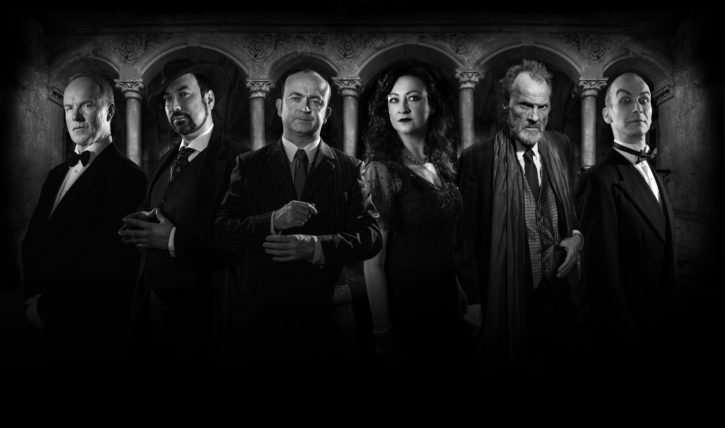 The Haunting of Blaine Manor

Winner of The Salford Star Best Play of 2017 Award

Renowned American parapsychologist Doctor Roy Earle, famous for discrediting hauntings and exposing fake mediums, is invited to attend a séance in what is said to be the most haunted building in England, a building with a horrific history, Blaine Manor.

Even the locals won’t set foot there, as all who walk within those grounds will be cursed.

But his arrival at the manor has awoken something, something horrific within the walls. As a raging storm closes off Blaine Manor from the outside world, Earle and the others find that what is waiting there is not nearly as horrific as what has entered with him...

...there's a great deal here to appreciate and enjoy. I loved the nods to horror tropes, the powerful sense of place, even the lavish period set.
Richard Stamp, Fringe Guru

We should not be surprised that O'Byrne has a knack for the classic ghost story.
Manchester Evening News