The Battle of Wakefield in Three Historic Hotspots 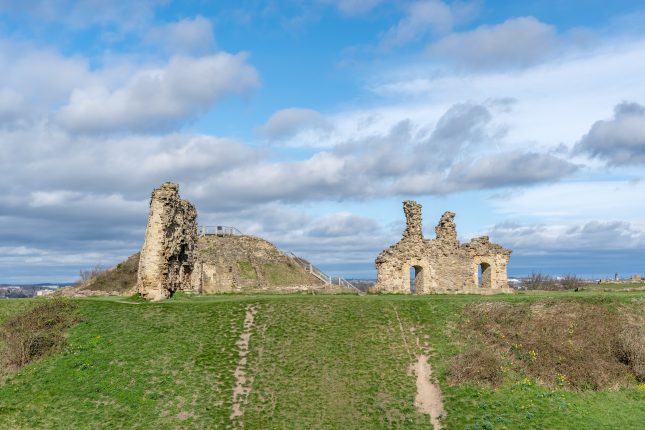 Now synonymous with the regions of Yorkshire and Lancashire, the White and Red roses 560 years ago represented the Houses of two families at the heart of a brutal contest for the crown of England. On 30 December 1460, the city of Wakefield housed a chapter of this power struggle when battle broke out next to Sandal Castle. In a 30-minute walk from the Chantry Chapel at Wakefield Bridge to the castle ruins, you can retrace the historic events that played a role on that fateful winter day in the fifteenth century.

“What! was it you that would be England's king? Was't you that revell'd in our parliament, And made a preachment of your high descent? As I bethink me, you should not be king Till our King Henry had shook hands with death. Off with the crown, and with the crown his head; And, whilst we breathe, take time to do him dead.”

Queen Margaret to Richard, Duke of York at the Battle of Wakefield, as depicted in Shakespeare’s Henry VI Part III

Both descending from King Edward III, and both grappling for legitimacy to rule, the Houses of Lancaster and York were headed respectively by King Henry VI and his cousin, Richard Plantagenet. King Henry’s periodic bouts of ‘madness’ had left his cousin Richard Duke of York stepping in as Lord Protector of England. However, Richard soon sought permanent power, appealing to Parliament to depose the King and take the crown for himself. Hesitant to do this, Parliament instead named Richard of York Henry’s successor, disinheriting the King’s son Prince Edward as next in line to the throne. In opposition, Henry’s consort, Queen Margaret rallied troops to reclaim the line of succession from the House of York, dividing the country’s loyalties in two. Following battles in St Albans, Blore Heath, Ludford Bridge and Northampton, the Lancastrian and Yorkist armies eventually clashed in the Battle of Wakefield. Three landmarks you can visit to retrace the events of the day include Wakefield Bridge, the Richard of York Monument and the ruins of Sandal Castle. 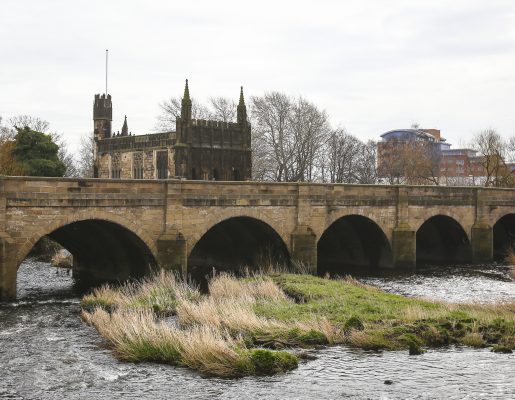 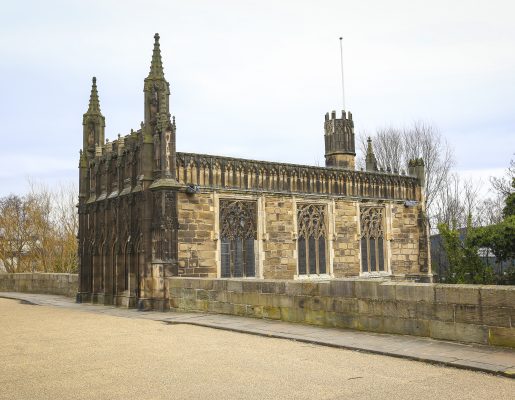 Beginning opposite The Hepworth Wakefield on Calder Vale Road, you can find Wakefield Bridge, also known as Chantry Bridge, where Queen Margaret’s troops encountered Richard of York’s second son Edmund, Earl of Rutford, rumoured to be making an escape. In Shakespeare’s dramatic retelling of the history, Rutford is killed by Lancastrian military leader Baron Clifford as revenge for Richard of York murdering his father. Now with the award winning art gallery lying to its West, and the Chantry Chapel directly on its East, the bridge which still stands, remains broadly as it would have appeared in 1460, making it a great starting spot for this historic walk. 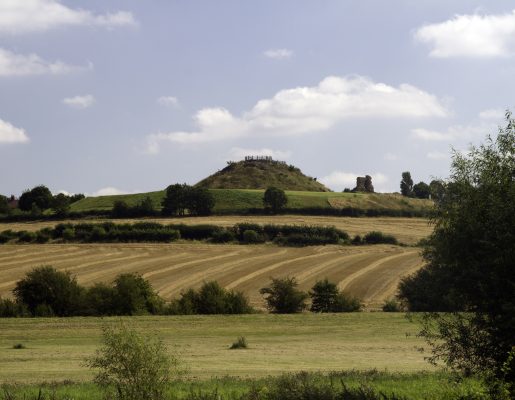 Sandal Castle from the fields 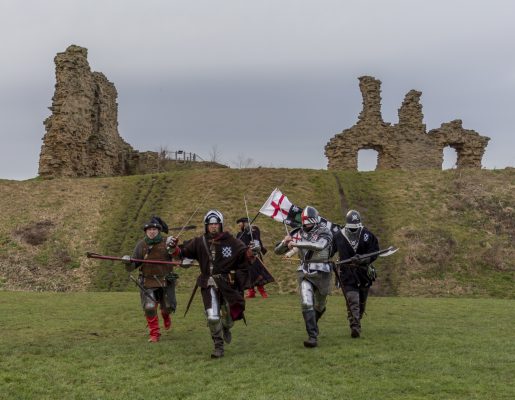 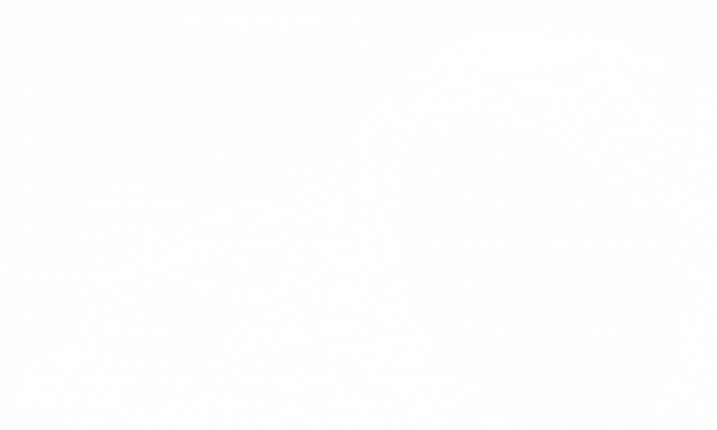 After a 15-minute stroll down Barnsley Road, turn right at Manygates Lane to reach the Richard of York monument by the Wakefield Adult Education Service at the foot of Sandal Castle Hill. The monument was erected in 1897 at the site where it is believed Richard of York was killed, and subsequently beheaded, before being put on a stake in the city of York 30 miles away. It is thought that before this one, there was a previous monument in the same place erected by Richard of York’s son when he was King Edward IV which was destroyed during the English Civil War almost 200 years later. The site of Richard’s death was therefore preserved only in local memory. The inscription reads ‘Richard Plantagenet Duke of York fighting for the cause of the White Rose fell on this spot in the Battle of Wakefield December 1460′. 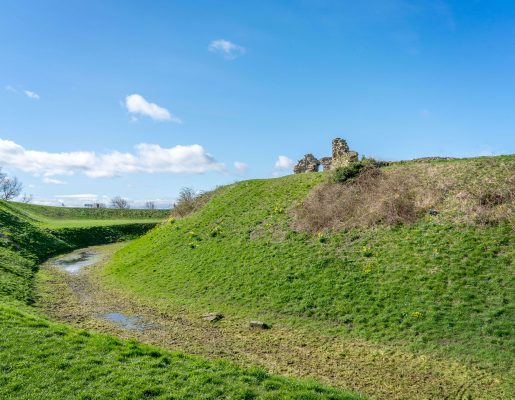 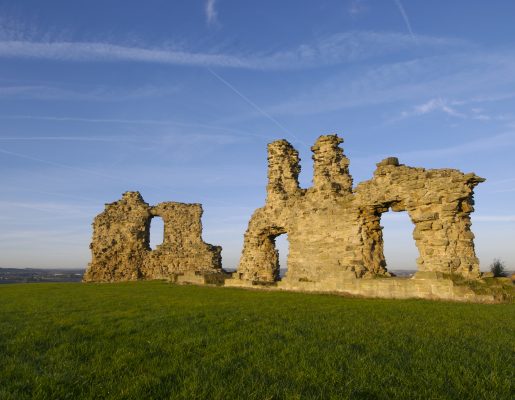 Continuing up Manygates Lane to the top of the hill, Sandal Castle’s ruins are the most prominent landmark from the event. It was the castle in which Richard of York was seeking refuge when Queen Margaret’s Lancastrian army came to reclaim the line of succession. It is also a ‘field of battle betwixt Sandal Castle and Wakefield’ in which Shakespeare set the Battle of Wakefield scenes in his play. Sandal Castle itself had been passed into Yorkist hands when Edward III granted it to his son who was made Duke of York in 1385, and Act I Scene II of Shakespeare’s Henry VI Part III is set within the castle walls before the battle commences. 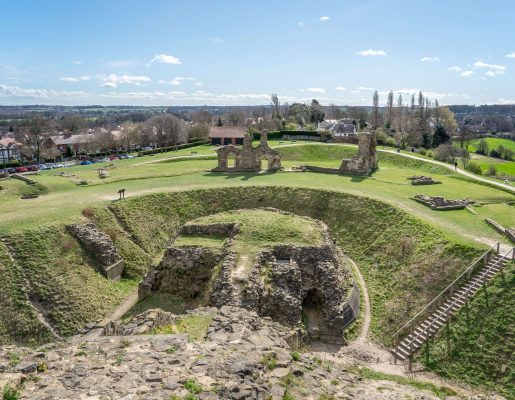 The view over the ruins from the motte 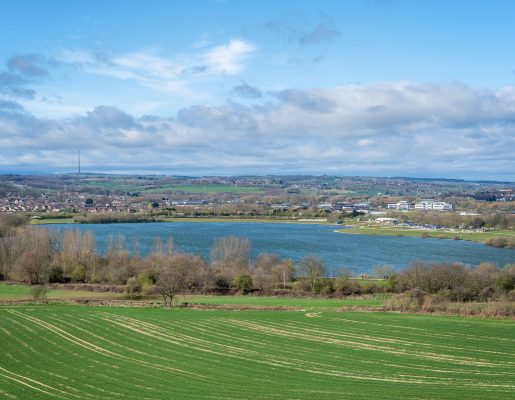 The events that occurred at Wakefield on this day in 1460 mark an important point in the Wars of the Roses. The deaths of Richard Duke of York and his son Edmund, Earl of Rutford could have ended the political unrest, but York’s three surviving sons, Edward, George and Richard were backed to continue their crusade by their father’s close ally, ‘Kingmaker’ Richard Neville, Earl of Warwick. Warwick’s attachment to vast armies meant the three sons of York were able to secure victory at the subsequent Battle of Mortimer’s Cross, just over a month later. It was after this, that it was decided by Parliament that Henry VI would concede his throne to Richard of York’s eldest son, crowning him the Yorkist King Edward IV.

Ending the walk at Sandal Castle, be sure to take in the panoramic views of the city and map where you’ve walked to mark out the movements of those involved in the battle for the crown that took place here over 500 years ago.