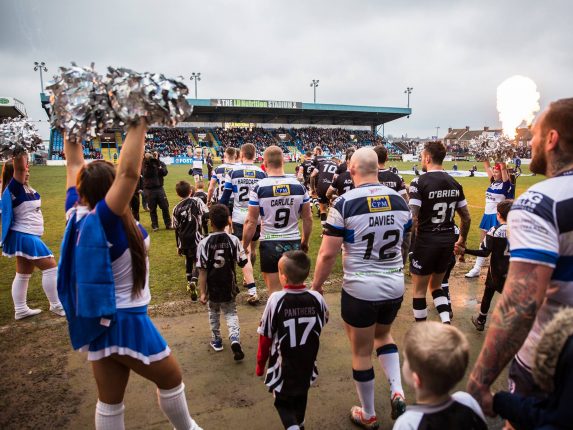 Featherstone Rovers are a professional rugby league club in Featherstone, who play in the Championship. Featherstone is a former coal mining town with a population of around 16,000 and Rovers are one of the last “small town teams” which were common in rugby league in the early 20th century. The club has produced many junior players who have gone on to play for Super League clubs.