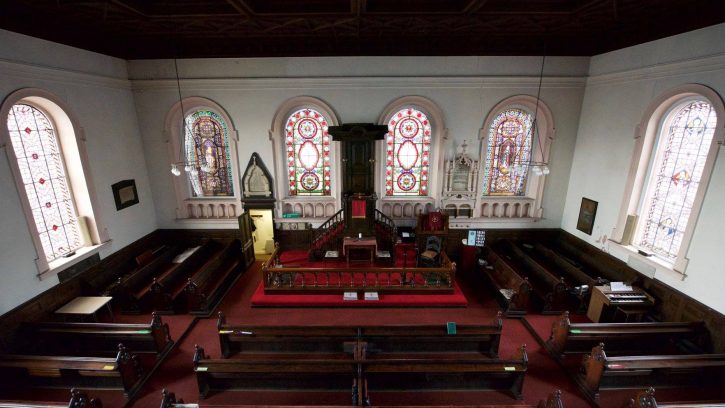 Westgate Unitarian Chapel is a fine Grade II Listed Georgian building. The chapel possesses many interesting features, including the pulpit, first erected in an earlier chapel in 1737, the organ manufactured in 1847, and the bell tower. In addition to these features, the chapel also has its own catacombs. These catacombs may be the earliest in the country to be opened for public burials.  Many industrialists, innovators, merchant princes, members of Parliament and political radicals are interred there. Look out for open days and events when visitors can tour the Westgate Unitarian chapel and catacombs.

They are the direct heirs of a congregation that can trace its origins back to the sixteenth century. Like their ancestors who built the chapel in 1752, they describe themselves as liberal religious thinkers who value diversity of belief. Today, Westgate Unitarians state that they respect insights from Christianity and non-Christian religions. They view Jesus as a great teacher rather than a god. Westgate Unitarians see the Bible as an inspiring book but not the actual word of God. They offer individuals the freedom to develop their own spirituality. You can find out more information here.