The Pontefract International Festival of Ale 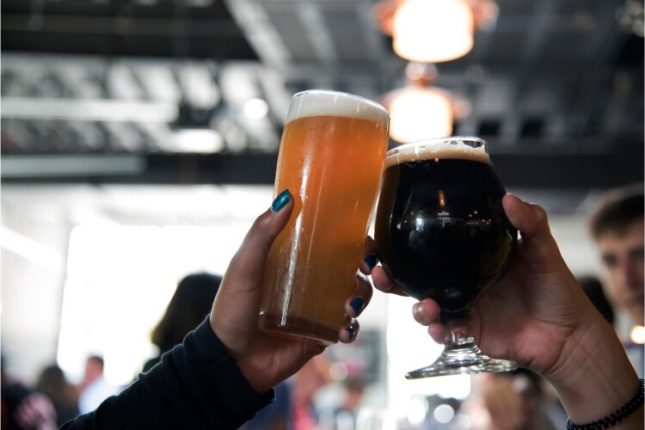 Recommended for people from 18 years old

Have you heard the word about Pontefract International Festival of Ale? It’s a Sunday to Sunday series of sessions at The Robin Hood‘s Pigeon Loft and Del’s Attic event spaces, with ale from around the world, featuring conversations, traditional and contemporary live music and all out good times.

All the way from New York City, Emily Duff has been described as the ‘perfectly cool combo of Lucinda Williams meets Patti Smith.’

‘Emily Duff is the pounding heart in a 3-circle Venn diagram of Lucinda, Loretta and Nick Cave.’ Village Voice.

SANDRA’S WEDDING with THE BISTO BOYS

The sound of the band and the jangly guitars gives Sandra’s Wedding an upbeat feel with an indie folk sound. On their critically acclaimed album, ‘Northern Powerhouse,’ the band’s sound and musical themes address love, loss and life in industrial towns across the North of England. Performing with The Bistro Boys, The Robin Hood’s very own ukulele supergroup led by the enigmatic man of the people, Sean Carter.

NO TICKETS NECESSARY, JUST COME ALONG!

Join the author of the best-selling book ‘Modern British Beer,’ and co-founder of the Pellicle Magazine (which covers all things beer) for an evening of beer talk, beer chat, beer this and beer that and general beer conversation looking at the world’s greatest drink. Matthew will be signing copies of his book on the night.

Henry’s style is a clear joining of the past and the present, a unique voice in the progressive folk world that echoes with sounds of the tradition, whilst venturing beyond, into the realms of folk-rock and psych.

“We can look forward to more from this impressive young talent who is both steeped in and helping to continue the English Folk Revival” Folk London.

Henry is joined by Georgie Buchanan. “This is beautiful, subtle and sophisticated folk music. Ethereal yet rooted. I can’t wait to hear more from Georgie Buchanan.” – Miranda Sykes (Show of Hands)

Dare captures a moment in time perfectly — the moment post-punk’s robotic fascination with synthesisers met a clinical Bowie-esque infatuation with fashion and modern art, including pop culture, plus a healthy love of song craft.

The Human League’s keyboard/synthesiser player will be with us to talk about one of the most influential albums of the eighties.

Mark is a life long record collector and self obsessed vinyl addict and a founding DJ of the Leeds underground electronic music scene.

Expect some groovy tunes from years gone by to be played on this very special Friday night dancing in the Pigeon Loft.

Rooted in the sixties psych music scene, The Smiling Moon Festival hosts some of the best contemporary bands of the genre from up, down and across the UK.

The second in a series of record fairs to be held here in The Pigeon Loft presented by Samuel Lane of Lightning Bolt Records.

Independent publisher, Route will also be with us with a range of their acclaimed books, including some of the best music publications of recent years.

From the north of Mumbai, India, we welcome Nila and her genuine Gujarat curries.

Truly putting the “ale” in the Pontefract International Festival of Ale… A curated selection of the best beers from around the world available to purchase in mixed cases of 6 or 12 (not to be consumed on the premises – gift packs only).

Award winning authors Pete Brown and Ian Clayton have won the British Guild of Beer Writers Award several times between them. Ian won it in 2019 with his celebrated book, ’It’s the Beer Talking’ and Pete has won the same award on a few occasions. He will be reading from his new book ‘Clubland – How the working mens club shaped Britain.’

THE CAT CLUB PRESENTS: AN EVENING WITH THE MUSIC AND WORDS OF BOB DYLAN

With special guest, the celebrated author and leading authority on all things Dylan, CLINTON HEYLIN