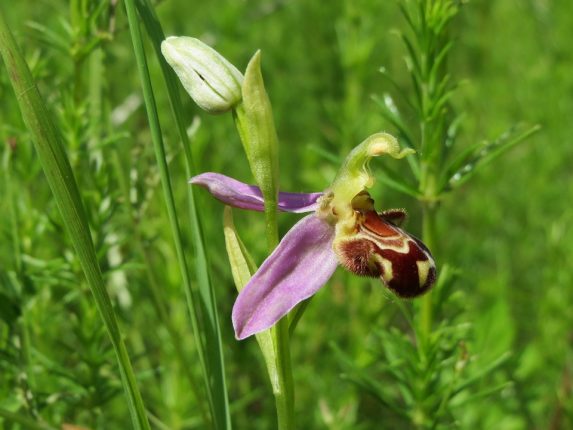 When the sun begins to shine and the days get longer delicate bee orchids bloom in this wild, reclaimed former colliery site, where meadows and a young woodland thrive and various dragonfly species dominate the wetland.

The majority of Letchmire Pastures has been landscaped to provide a range of water features, bare colliery spoil, wet grassland, acidic and neutral grasslands, scrub, and hedgerows. The landscaping involved translocation of soils and vegetation and flood alleviation works, as the site is subject to periodic flooding.

During the spring and summer the ponds are home to damselflies and dragonflies, including brown and common hawkers, darters, skimmers and chasers. The damp grassland and pond margins contain a variety of invertebrates that attract birds such as lapwings, common snipes and ringed plovers. The dark, bare earth warms up in the summer, creating special conditions for unusual plants and burrowing insects such as beetles, wasps and bees. Letchmire Pastures forms part of the green corridor in the Lower Aire Valley in Leeds which is owned by Leeds City Council and managed in partnership with the Trust.